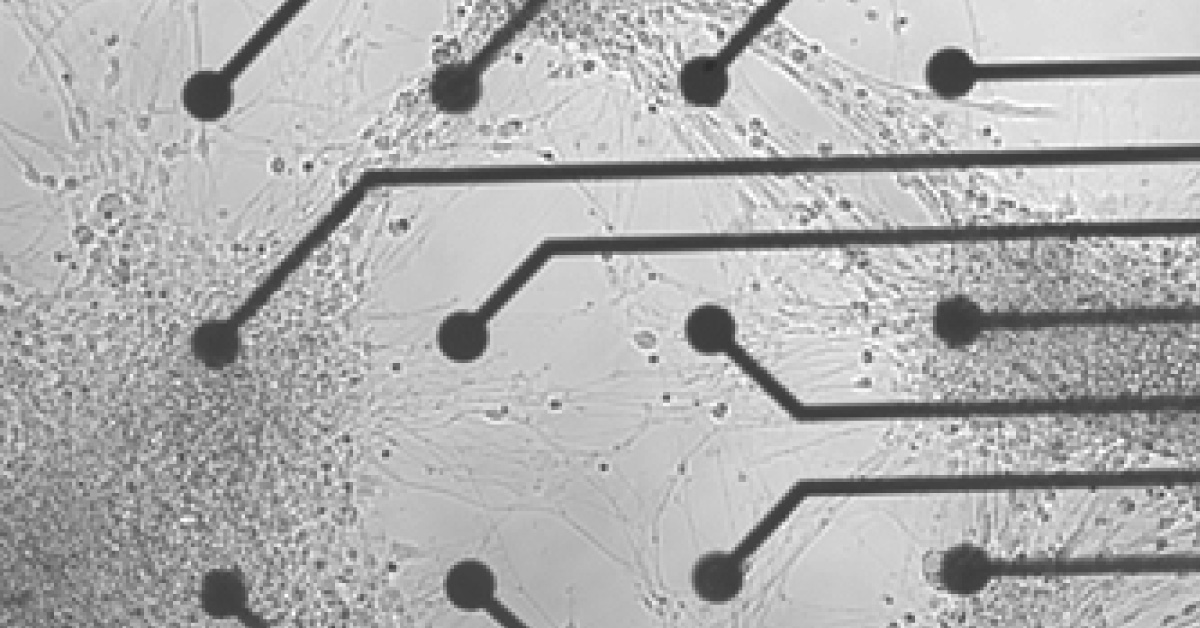 As part of the project, experiments were conducted which highlighted that the genetic indicator of cellular calcium GCaMP6 is visible in human neurons derived from iPS cells when they are stimulated and develop electrical activity. The GCaMP6 therefore allows to visualize the electrical activity in these neuronal cultures and to determine the period in which this activity is maximum. Therefore, wanting to integrate GCaMP6 in a stable way in the genome of iPS cells to be used for drug screening, we planned to integrate the GCaMP6 reporter, through the CRISPR / Cas9 technique, in a genomic site considered “safe harbor”, as it showed be linked to possible expression alterations of endogenous genes and at the same time allowed high expression levels of the integrated gene.

The addition of the gene for Neomycin resistance will allow us to select a pure cell clone with the reporter integrated cells.

After lipoinfecting the iPS cells, the clones that are currently being tested have been grown to verify the correctness of genomic integration.

Development of lines for electrophysiology studies

As regards the study of neuronal functionality with techniques of extracellular electrophysiology, confocal microscopy, fluorescence and luminescence, we have tried to optimize the differentiation conditions of human cells in neurons, by carrying out the first phase of growth and differentiation on plate. The protocol started from human NPC cells from a healthy subject (neuronal precursor cells differentiated from patient cells provided by the consortium), then seeded on plates, in growth medium.
Using different types of growth media, some enriched to induce differentiation in the dopaminergic neural subtype, after 4 weeks, a network of differentiated neurons was obtained, with a significant advantage in terms of network development, compared to previous tests in which all the phases were carried out on MEA (multi-electrode array) supports.

The addition of the gene for Neomycin resistance will allow us to select a pure cell clone with the reporter integrated in all cells.

The electrophysiological analysis of the networks obtained, revealed a homogeneous distribution of the signs of electrical activity even if with a lower amplitude than that typical of primary neuronal cultures.